When we wrote these notes, a friend was right when the growing “democratic resistance” commented in some press. This is a recent case that occurred in our homeland and we are going to tell them about it. Nobody chooses where to be born, neither country nor town nor cradle , but when you wake up and realize that real life is not a literary creation but a historical social phenomenon, you begin to turn the daily page of life and, as in the case of HugoX ChugoX , not born in a golden cradle or bottle of wiski or a maid who loves ma nte and care , then as drag gentry, or name or genealogy Officially, it happens that the mere fact of thinking on one's own account already constitutes the configuration of such a serious crime due to the daring of discovering that the condition of cholo is being grown in a xenophobic , culturally racist and mentally modeled society to qualify all those that breaks the script of official thought as a criminal , thus Peruvian society is stratified and the existence of its social classes are crossed in the entire cultural, media and political context to accept the vulgar and miserable official truth of those who believe they are owners of the Peru .

General Millan Astray, hero of the fascist military coup in Spain led by Generalissimo Francisco Franco, shouted with the euphoria of the fascist victory Long live death , down with culture! Militant neoliberalism is the pyramidal structure of the single thought to amancebar youth on condition of sheep or beggars for bread and circuses that reproduces the social and model Peruvian economic installed thirty years ago to sell the Peru as his farm , as his departure from Indians and as their warehouse for scrapping s everything public to finish it off at an egg price to benefit economic groups that took the country by storm and that chameleonically to survive in time, parties for rent and opinion leaders were invented as wax dolls and dolls stuffed with sawdust, only that is possible with dictatorial violence to impose a model and a stratified social construct and a mercenary mass culture in exchange for a handout to c Soul their poverty and exalt with the crowds in the streets the farce of the leaders who arrive at the palace offering promises like great Pharisees that they will never fulfill. When you take a look at the YouTube videos of this young militant from deep Peru, you will be able to see and hear that there is no historical or political revisionism with the past and with the present throughout the history of Peru, growing up as a black or a cholo with Your own thinking makes you an anti-system, now they call them populists, however, when the teacher and blond historian like Raúl Porras Barrenechea dared to leave a legal record before the OAS in defense of the rights to self-determination of the peoples as in the Cuban case in the 60s against the political and military interventionism of the US and the CIA, the same President Prado Ugarteche not dared to call "communist , " Ojala had black been cholo, mestizo or that San Marcos teacher to see how would n reacted rancid oligarchy landowner and industrialist of the 1960s , they only kept quiet so as not to arouse suspicion.

The oligarchy in Peru is by nature mercenary and treacherous for a better sample button, its servile historians do not tell of their betrayals when General Baquedano ruled Peru from the Government Palace with the flag of the Chilean invader raised, at that time they did not even declare themselves Spanish of origin but Italians, French, British, Germans from night to morning the portals of those mansions today already in ruins were the flags of other countries except for the emblem of the homeland, the red and white the only one for whose mission the patriots keep respect and loyalty to the country , we learned it in the classrooms of our Colegio Ntra. Señora de Guadalupe in Lima. 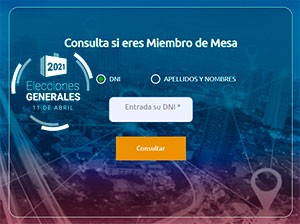 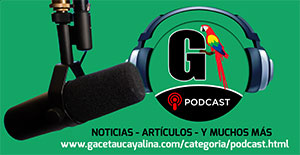 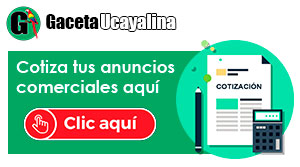